Why We Should Not Be Working 8 Hours A Day 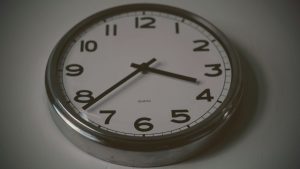 Why We Should Not Be Working 8 Hours A Day

It seems to be the general consensus that most adults today work in the range of eight hours per day. Of course, some may work in excess of this and some less than this. But, knowing exactly how long somebody works seems to have little correlation with exactly how productive that person is.

There are some ‘super-humans’ who are able to get all their work done in 4 hours a day, while others quote high levels of productivity, despite working 16 hours a day. Based on this, it seems hard to draw the line and get a good picture of what the optimal daily working time is.

So, let’s start out by examining the origins of the normal eight hour workday and how it came about. Well, like most things in our modern world today, its birth lies in the tidings of the Industrial Revolution. So, let’s turn the clock back several hundred years to the 18th century.

It’s the beginning of the Industrial Revolution and for factories wishing to succeed, 24/7 operations was the key. Workers were pushed to the edge and ten to sixteen-hour days were the norm. This was clearly not sustainable, so one brave man named Robert Owen started a campaign to have people not work more than eight hours a day. His slogan, “Eight hours labour, eight hours recreation, eight hours rest.”

Despite Robert’s brave efforts, it was not until much later that Henry Ford actually implemented the eight-hour workday in 1914 and to the shock of many other industries, Ford’s productivity increased and profit margins doubled within two years. So there you have it folks, the origin of the eight-hour workday is not a scientifically thought out process, but rather the century-old norm of running factories efficiently.

However, in today’s world of the knowledge economy, how many hours we work is barely important at all, but rather the results of this work. So, the focus should be on managing your energy, rather than managing your time per se. To break this down, firstly, we humans have four types of energy; physical energy, emotional energy, mental energy, and last but not least spiritual energy.

Secondly, we humans are distinctly different from machines, in that machines move linearly, and we humans move cyclically. So to get a truly efficient workday that respects our human nature, we need to focus on our ultradian cycles. What this means basically, is that our human minds can only focus on any given task for a maximum of two hours.

After that, a 30-minute break is required to get the renewal in order to achieve high performance for the next task. So, instead of thinking what can I get done in an eight-hour workday, start thinking about what you can get done in a two-hour session.

The next issue to tackle, is how well we can focus. Well, research has shown that our brain uses a two-step process in focus; namely sensitivity enhancement and efficient selection. The first is a process where you take in all the information that is presented, then gradually narrow down to what needs your attention.

The second is the actual zooming in on a task. This is where the actual work on a task happens. So, the take-away from all this, is to stop multi-tasking and to eliminate distractors even when only one task is present.

Besides this, some other handy tips that you can follow are to manually increase the relevance of a task. This is useful for those who find it hard to focus. The key is to set a personal deadline for a task coupled with a reward.

Next one up is to plan your rest periods, so that you can actually rest. As the saying goes, “The fittest person is not the one who runs the fastest, but the one who has optimized their rest time.” Often times, we are so busy planning our day that we forget ‘how’ to rest. Some handy things to do when you rest include reading, napping, meditating, or getting a snack.

The third tip is to practice zero notifications when working. So turn your phone to silent and switch off those notifications on your computer.